Archive for the ‘culture’ Category

Soaking Up A Little Culture

Last June, Steve and I joined the Tampa Bay History Center when we went to see a traveling exhibit about Spies In America. We were somewhat underwhelmed by the Spies exhibit, but we had time to see part of the permanent displays before closing time, and had a nice experience.

Today, we returned to see their traveling exhibit about coffee: 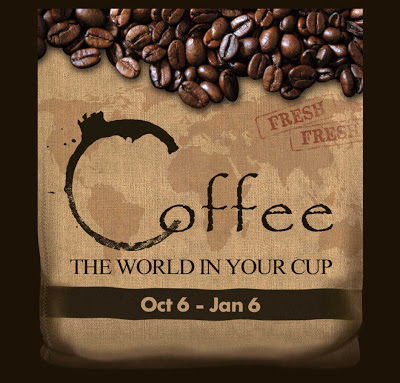 As we entered the building, I started up the stairs ahead of Steve, and he noticed that I was exposing more than my thirst for culture and knowledge.

We made a hasty entrance into the gift shop and bought something to remedy my overexposure. 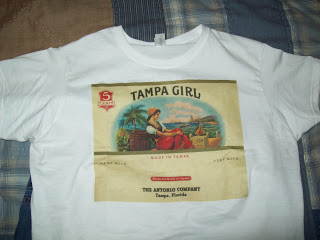 With the tail of this “Ladies 2X” (that my shoulders barely fit into), I was able to recover some of my dignity as I covered my flanks.

We proceeded to the Columbia Cafe that is inside the History Center building, just outside the exhibits entrance, and had a nice lunch while we watched the cruise ships move along Channelside.

The Coffee exhibit was small, but interesting. I had always thought coffee was a new world crop, but it is actually native to Ethiopia and was imported to South America as part of the triangle trade. We also learned how very labor intensive it is to bring a coffee crop to market. Coffee plants don’t have a specific harvest period, with plants bearing flowers, green berries and ripened berries simultaneously, necessitating hand picking of ripened berries on a near-daily basis. The berries are then fermented to remove the fruit exterior, then dried, then shipped around the world to be roasted at destination.

There’s probably more to it than that, but I was already distracted by the next display, which was some kind of electronic scent module in coffee bags. When you squeezed the coffee bags, the scent of that particular kind of coffee was emitted. There were only two bags, but one was for Ethiopian coffee and one for coffee from some other part of the world. It seems that the soil and growing conditions play a great part in the flavors of the different coffees. I am afraid that that distinction would be lost on me in my normal coffee consumption, however, as I add flavored syrups and a lot of half-and-half to my coffee cup each morning.

On our way out, we stopped in the gift shop again and I bought a small bag of dark chocolate- covered espresso beans, at which point I found out that our membership allowed a 10% discount on gift shop and cafe purchases.

It was too late to get the 10% off our lunch, but the young woman kindly offered to refund and re-ring my emergency t-shirt purchase in order for me to get my discount. As members, we also get parking validation 3x per year, which saved us an additional $5 in parking.

As we were leaving the History Center, we decided to have a look at all the little vendor booths set up along the river walk. It turns out that today was the Third Annual Tampa Bay Veg Fest sponsored by Florida Voices for Animals. Several animal rescue organizations and groups promoting vegetarianism and veganism. We spoke to no one of the bacon-wrapped filets from Surf and Turf Market we had waiting at home for dinner.